Rose is featured in the March 2016 issue of The Scots Magazine – no new pictures but a new interview. Digital scans from the issue can now be found in the gallery.

About « Sticky Notes » : « Carnaby has boarded world rights to comedy-drama Sticky Notes starring Ray Liotta, Rose Leslie, Justin Bartha and Gina Rodriguez. […] In post-production with delivery expected later this year, Sticky Notes explores the story of Athena (Leslie), a struggling dancer trying to make it in LA, whose father Jack (Liotta) interrupts her lonely existence when he asks her to move home to Florida to care for him after breaking the news that he has cancer. Carnaby will screen the film at EFM. » (European Film Market, 11-19 Feb 2016). [source]

About « Carmilla » : « People’s Choice Award-winning actor David Tennant and Screen Actors  Guild Awards-nominated actress Rose Leslie are nominated, along with a full cast, for their performance of an audio adaptation of J. Sheridan Le Fanu’s classic gothic novella Carmilla, in the “Original Work” category at the 2016 Audies Awards. » (The Audie Awards are awards recognizing distinction in audiobooks). You can see the full list of finalists here. [source]

Also, some fun fact : if you have seen the latest « Game of Thrones » season 6 teaser, you may have noticed Ygritte’s face next to Jon’s. You can watch it here !

An exclusive photoshoot of Rose taken for the ‘Canberra Times’ in February 2014 has been added to the gallery. Enjoy !

A new gorgeous picture of Rose photographed by Matt Holyoak has been released in Porter Magazine Spring 2016 Issue. You can now find both the picture and the magazine scan in the gallery.

The Last Witch Hunter is now available on Blue-Ray and DVD in which you can find several extras, such as a 30 minutes featurette. Here is a short and funny extract from it featuring Rose (credit) :


The Last Witch Hunter will also be released in the UK on Blue-Ray and DVD on March 7, 2016.

While waiting for news of Rose, I’ve added 266 HD screencaptures from the season 4 of Game of Thrones to the gallery. Reminder: you can also find screencaptures from Season 2 here and Season 3 here. Expect a new gallery update with old pictures of Rose at various events in the next few days !

Rose was sadly not on the Screen Actor Guild Awards’ red carpet last night (January 30) in Los Angeles alongside her fellow actors and friends, but she did attend the after party that took place afterwards with Kit Harington as the following fan picture posted on Twitter can prove. She was indeed seen at LAX with Kit Harington and Sophie Turner three days ago and was spotted out and about in Los Angeles with Kit the day before yesterday.

[Note: in order to respect Rose’s private life, pictures taken by paparazzi in which Rose isn’t posing won’t be posted on the site or in the gallery, except if they’re taken while she’s doing promo tours or attending events.]

In last August, Rose showed her support to Anthony Nolan, the UK’s blood cancer charity and bone marrow register, by taking part to the #IGiveASpit campaign which urged people to add their names to stem cell donor register. She talked about the campaign here, and you can find some pictures taken to promote it in the gallery here. She said :

‘So far I’ve never had that call to say I’m a match for someone, but if I did, I’d consider it to be the greatest privilege of my life. One of my closest childhood friends, Millie, was diagnosed with leukaemia when she was 19. At the time, Millie campaigned to get more people onto the Anthony Nolan register and I remember feeling so humbled by her bravery and selflessness. She had a stem cell transplant using the best possible match on the register at the time, but it wasn’t the ‘perfect’ match and she sadly relapsed and died a few months later. If there were more young people on the Anthony Nolan register ten years ago, my friend might have found a closer match and might still be here today. So, even if just one person signs up because of the #IGiveASpit campaign, they could be the difference between life and death for someone like Millie.’

On 4 February, Antholy Nolan is uniting with Breast Cancer Care, Movember Foundation UK and Cancer Research UK to raise lifesaving awareness for World Cancer Day. They have posted a picture of Rose showing her support by wearing a Unity Band on their twitter today.

You can know more about World Cancer Day here and here. You can also get involded by buying a band like Rose’s and donating money.

Back in October, Rose performed in The Children’s Monologues Anniversary Gala Performance in aid of Dramatic Need alongside many other actors including Game of Thrones co-stars Kit Harington and Alfie Allen. Two new photos from the event have been added to the gallery (one from Rose’s rehearsal, the other was taken at the end of the performance). Be sure to check them !

You can click here for more informations about The Children’s Monologues ; there is also a see a 30-minutes documentary in which we can see Rose rehearsing (part 2).

Hello, and welcome to your source for everything related to Scottish actress Rose Leslie ! You may know Rose from Game of Thrones as Ygritte or from Downton Abbey as Gwen; recently she has also starred with Vin Diesel in The Last Witch Hunter and played alongside Idris Elba in BBC’s Luther.

Rose Leslie Source first opened as a tumblr blog on February 2014, and this tumblr is still active at roselesliesource.tumblr.com. However, roselesliesource.com has now become a fansite dedicated to Rose. It aims at bringing you the latest news, high-quality pictures, videos, and interviews of Rose.

Thank you for visiting and I hope you will enjoy the site !

Four years ago today, Rose and Kit got married in

New stills of Rose and Theo James in ‘The Time T

New gorgeous stills of Rose and Theo James in ‘T

New stills of Rose in ‘The Time Traveler’s Wif

New fun video filmed when they were shooting ‘Th 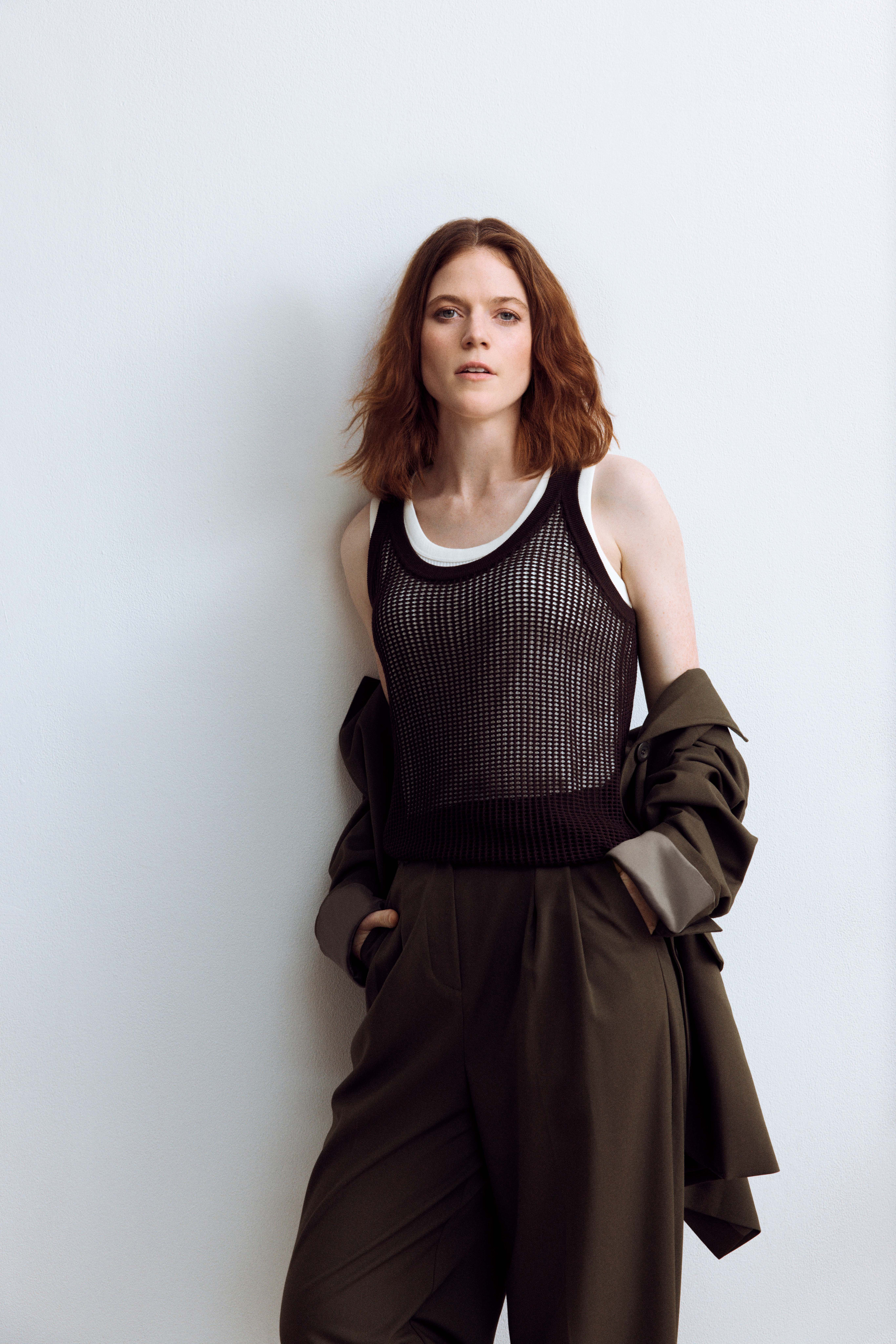