Back in September, behind the scenes video of Rose posing for 1883 Magazine were released on social media and I ordered the issue in early November to share the full feature (photoshoot + interview) with you. A lot of content has been released since : a short film, a behind-the-scenes video, and 5 gorgeous pictures of Rose photographed by Eliška SKY Kyselková. I sadly haven’t received the issue yet but since it is already on stands in the UK, lovely people have sent photos of the magazine to me and I’m now able to share Rose’s full interview with you !

Real scans of the issue will be added in the gallery to replace the photos as soon as I can hold it in my hands, but meanwhile, I hope you’ll enjoy : )

Note : at the time of the interview, Death on the Nile was still planned to be released on December 18, 2020. It has since been announced that it will finally be released in theatres on September 17, 2021.

You can read Rose’s full interview just below :

1883 MAGAZINE — Best known for her curve bow carrying, screen-stealing turn as Ygritte, spearwife of the free folk in fantasy phenomenon, Game of Thrones, Scots-born Rose Leslie will next find herself in an altogether different ensemble cast, as Louise Bourget in the big-screen adaptation of Agatha Christie in « Death on the Nile ». Whilst detective novels and the « whodunnit » genre may be amongst Leslie’s favorite literature, flexing her French accent muscle and the chance to work alongside director Kenneth Branagh gave the much-loved classic new appeal. We caught up with Leslie to marvel at how far she’s traveled since her Honeymoon days, why she considers audiences never will tire of Agatha Christie, and how she loves nothing more than playing the outcast.

You happen to be in director Leigh Janiak’s debut, teen horror film Honeymoon back in 2014 and I’ve actually had the pleasure of speaking with her… Although essentially a slasher film, the character and narrative elements were so strong that the horror just worked around it. In a way, there is that to these Agatha Christie adaptations… What attracted you to the role of Louise Bourget in Death on the Nile ?

Ah yes, Leigh, of course. She’s a superb writer/director. In a way, Honeymoon was a « whodunnit ». It was a joy; we were out in North Carolina filming for that. With Death on the Nile, my character Louise Bourget, is obviously French and when I was about ten years [old], my family decided to uproot from Scotland to France. So, I went to a bilingual school for about three years – and I think it was the allure of playing someone with a French accent. I love accents; it is something I am always drawn to. But obviously, also knowing that Kenneth Branagh was at the helm and hearing of his outstanding dedication on Murder on the Orient Express and knowing he totally gets this Agatha Christie world was so appealing.

You’re a very good accent person…. Didn’t you play an American in Morgan ?

Yes, you are right, Morgan !

You’ve worked across so many genres, but mainly on strong, long-form TV series, most notably on Game of Thrones, Downton Abbey, Luther and The Good Fight. Tell me about the challenges of going back to a film set for Death on the Nile ? In particular, one which revolves around such a strong ensemble cast ?

That was a pull. It’s so enjoyable to be part of an ensemble which has been the case in those past TV projects too. I would say certainly with TV projects and film, the real difference for me is the scale. It is just larger, and we concentrate the whole five months onto this one script, whereas the pace is a lot faster in television. It’s something I enjoyed going back to ; dedicating a day to two scenes rather than dedicating a day to seven. It’s definitely a different set-up.

Yes, indeed, but I feel that’s more to do with the director whose stepping on board. I do think however, it is down to the actor to be aware of whom their character is, rather than being dictated by different [directorial] visions.

The character of Louise was played in the last film adaptation [1978] by Jane Birkin. How did you want to modernize the character to fit with our time of female empowerment and to give audiences a new perspective on her relationship with Linnet ?

Well, I feel since the character never knows if they are going to die, that’s helpful in never slipping into victim territory. But I think with playing Louise Bourget – since the costumes involved with the project were so exquisite and brilliant – it very much enveloped me into this world. So, I didn’t actually feel there was too much modernization that needed to be done due to the incredible transportation that happened to us : whilst you are putting on the wardrobe, stepping onto the massive boat they created and whilst you are reading the lines that Michael Green brilliantly adapted. I essentially used those as a radar to keep on track.
But it was also lovely having chats with Gal [Gadot] and recognizing there should be an assertiveness to the character. That she should have this attitude that feels indispensable and enjoys being swept up in the glamour and festivities of Linnet’s world whilst also knowing she is not one of the party, and that there are moments when that joy is snatched away from her and she needs to be reprimanded and reminded she is essentially someone who is subservient to rest of [the] cast and employer. It is interesting because you can see the flashes of resent coming from Louise to Lennet, but ultimately Louise recognizes in herself that she does enjoy being under Linnet’s wing. So it was quite interesting to play that double-edged sword.

I believe it is Paco Delgado who did the costume. Can you tell me more ?

Well, Agatha Christie novels are obviously synonymous with costume drama and being reminded of glamorous fashion of the ’30s. They were marvelous, vintage and to the time. I distinctly remember a beautiful pink, fitted crochet cardigan I wore a few weeks in a row with the collar, and I know that it was specifically made for production. It’s so brilliant how a piece could appear so yesteryear but had been made-up in the costume department in a jiffy.

Agatha Christie has and continues to inspire so many adaptations and spin-offs. I heard Kenneth Branagh speaking and he said that her books are the most read after the « Bible » and « Shakespeare » ! Why do you think her books keep inspiring and remain of interest to a 21st-century generation in a landscape where there are so few surprises ?

Oh really ? I didn’t know that ! I feel – although now we live in a very fast-paced world – there is something innate within all of us that comes back to our fascination with the macabre. So, it’s less likely to tire as the centuries continue. Personally, I love a « whodunnit », I am that audience, I am who this project is targeting. Detective stories just combine this fascination we have with behaviour that we couldn’t necessarily relate to, but you’re able to decipher the buttons that are pushed for a relatively normal person to go to the extreme and commit murder. Christie explores that within us but couples it with a sense of fun, and there is something cathartic watching something but knowing that justice will be served at the end – something moral in us taps into the idea that justice is done. I’ve actually just been watching « Des » on ITV like the rest of the country, with David Tennant portraying real-life Scottish serial killer, Dennis Nilsen. It’s fascinating ; it’s three episodes which explore the psychological mind of this prolific murderer.

I heard the 230ft Kanak ship was actually built from scratch for the set, and that none of the cast was allowed to see it until filming the scene where you board it for the first time to re-enact the initial shock factor… How did that feature-in with shooting on location ?

Yes, that’s correct. There was a big unveil for all of us and there was serious hype in the green room ! We were in Surrey, in Longcross, that’s where we shot it. We saw the Karnak in all its glory, and blown away by the art department because the detail that goes into every room, every single cabin and the beautiful decking used. It was just spectacular. We were all little kids unleashed, and were able to roam, explore all the rooms. It was Christmas come early for all of us. It was a wonderful thing to transport us into that time.
We also shot in the Cotswolds. We went to an abandoned quarry and we were there for the first fortnight of filming. A man-made take lake was used for sections of the Nile – and on the banks were recreated sections like an Egyptian market with proper camels and all, and I have never touched a camel before so I was in awe. And once that was finished, we moved to Longcross till completion.

What does the future have in store for you ? Is there a genre or director you’d really like to work with ?

I would love to continue to explore accents, to stretch myself. I’m slightly scared of the ones I haven’t been able to nail ! I want to continue to play complex characters. I am prepared to play all types of women but am certainly drawn to the outcast and characters who are forced to step out of their comfort zone – particularly when their certain stance is unpredictable, so one is able to play character developments of sorts.

Since we’ve been on the subject of mystery, what’s the most mysterious thing that has happened to you or in the universe you still haven’t been able to work out ?

Ooohh. I grew up in a Aberdeenshire, where there are some wonderful old homes around the county. When I was about six years old, this grandfather clock was broken at my friend’s house – and it had never ever worked, but then it started to chime in the middle of the night. And it has always stayed with me. I have never gone back to stay another night in that house ! 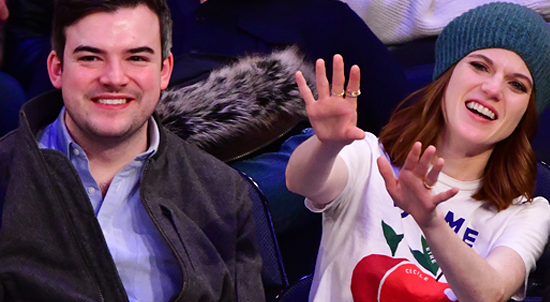 Rose at The Miami Heat vs New York Knicks Game 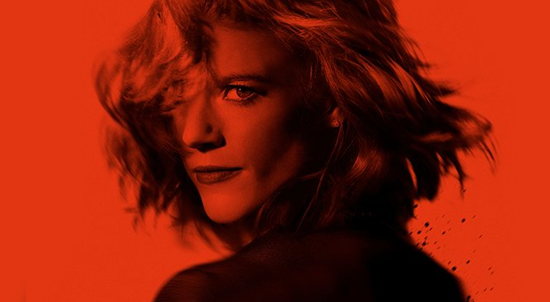