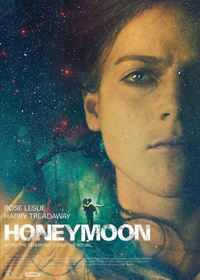 Young newlyweds Paul and Bea travel to remote lake country for their honeymoon. Shortly after arriving, Paul finds Bea wandering and disoriented in the middle of the night. As she becomes more distant and her behavior increasingly peculiar, Paul begins to suspect something more sinister than sleepwalking took place in the woods.


Filming of "The Time Traveler's Wife"

🏹 Rose as Ygritte in Game of Thrones Season 3 E