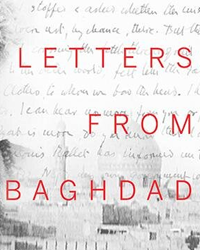 Gertrude Lowthian Bell, sometimes called the « female » Lawrence of Arabia was a British adventurer, archaeologist and political powerhouse, who helped shape the modern Middle East after World War I. Voiced and executive produced by Tilda Swinton, the film chronicles Bell’s journey into the uncharted Arabian desert and all-male halls of colonial power with never-seen-before archival footage of the region shot a century ago. The film takes us into a past that is eerily current.