Even though the movie has been indefinitely delayed, interviews related to “Death on the Nile” are still being released. This time, Rose talked at length to Digital Spy Magazine (available only on Apple News +) about her character Louise Bourget, how she stayed with her sister in Nice to work on her French accent and filming on a real boat.

Accents aren’t always an actor’s best friend, but for Rose Leslie, the French accent she had to adopt for Death on the Nile was a “real draw” for her taking the part. So does this mean that she has a foolproof plan for tackling any accent going? “Well, there’s a bit of a cheat on my behalf,” Leslie tells Digital Spy with a laugh, explaining that she spent three years in France when she was younger.

“I felt that something was already established there – not that I speak fluent French, but it’s definitely something that I would be able to tap into,” she continues. “Before we started shooting, I went and stayed with my older sister and her family, who live in Nice, which was obviously a wonderful excuse, and I pretended that it was for work.

“I stayed with her for several days and did the best that I could in terms of immersing myself within their world there, and listening to the accent, and trying my very best to make it as authentic and real as possible.”

While she previously starred opposite Vin Diesel in “The Last Witch Hunter”, “Death on the Nile” marks Leslie’s biggest movie role to date and sees her play Louise Bourget, the devoted lady’s maid to Gal Gadot’s wealthy heiress Linnet Ridgeway.

END_OF_DOCUMENT_TOKEN_TO_BE_REPLACED

Belgian sleuth Hercule Poirot’s Egyptian vacation aboard a glamorous river steamer turns into a terrifying search for a murderer when a picture-perfect couple’s idyllic honeymoon is tragically cut short. Set against an epic landscape of sweeping desert vistas and the majestic Giza pyramids, this tale of unbridled passion and incapacitating jealousy features a cosmopolitan group of impeccably dressed travelers, and enough wicked twists and turns to leave audiences guessing until the final, shocking denouement.

Based on the best-selling novel by Agatha Christie, Death on The Nile will hit theaters on October 23.

After it had been announced last week that Rose couldn’t attend the Emmy Awards with husband Kit Harington because of work obligations, we were waiting for an official announcement to find out what she was working on… And the exciting news has finally been shared today :

It was announced that shooting on Twentieth Century Fox’s Death on the Nile a mystery-thriller based on the book by famed author Agatha Christie, has begun. Based on another celebrated Christie novel, Death on the Nile will be released on October 9, 2020.

The screenplay for the film, adapted from Christie’s 1937 novel, is once again written by Michael Green with Ridley Scott, Mark Gordon, Simon Kinberg, Kenneth Branagh and Judy Hofflund returning as producers. Matthew Jenkins and James Prichard return as executive producers.

In Death on the Nile, Hercule Poirot’s Egyptian adventure aboard a glamorous river steamer descends into a terrifying search for a murderer when an idyllic honeymoon is shattered by violent deaths. This sinister tale of obsessive love and its murderous consequences plays out in an epic landscape of danger and foreboding, with enough shocking twists and turns to leave audiences unsettled and guessing until the final, shocking denouement. Says Kenneth Branagh.

“Crimes of passion are dangerously sexy. Agatha Christie has written a riveting story of emotional chaos and violent criminality and Michael Green has once again written a screenplay to match. With a cherished group of long-time artistic collaborators and a brilliant international cast, it is truly a pleasure to join Disney, Fox and Agatha Christie, Ltd. in bringing this daring thriller to the big screen. There are significant new twists, an awe-inspiring desert landscape and a chance to celebrate big screen entertainment in glorious 65 millimetre celluloid!“

Disney is positioning Death on the Nile as one of Fall 2020’s biggest releases, and will be releasing the movie under the 20th Century Fox banner after the acquisition of the movie studio earlier this year. (source)

Good news, Sticky Notes has been released on Itunes Store UK recently (under the title “The Last Dance”), you can click here to download it ! The movie was shot in 2014 in New Orleans and has been screened in various festivals this year.

The Last Dance explores the story of Athena (Rose Leslie), a struggling dancer trying to make it in LA. Athena’s father Jack (Ray Liotta) interrupts her lonely and detached existence when he asks her to move home to Florida to care for him… big news: he has cancer. Nursing Jack proves more and more challenging for Athena. So much so that when she is called back to LA for the greatest dance opportunity of her twenty-five years, she takes it. What follows is a heart-wrenching journey of growing up told with ample moments of humour and levity, candidly illuminating father/daughter relationships and bonds that despite being broken always find their way back home.

I have added 486 MQ screencaps of the movie in the gallery, be sure to check them here :

Not much has happened this past month – The Good Fight is still filming in NYC – but Morgan has been released in digital HD and I have taken screencaps of Rose’s scenes that you can now find in the gallery, enjoy !

Good news ! The Napa Valley Register has announced today that Rose is expected to attend the Napa Valley Film Festival during which Sticky Notes will be screened :

I have also made a few additions to the gallery : a new gorgeous portrait of Rose at the London Fashion Week released on Instagram by photographer LensedLondon, some MQ pics from the Emilia Wickstead show replaced with HQ ones, and finally one new still of Sticky Notes.

A sad news has been revealed by The Hollywood Reporter today : the movie that Rose was supposed to start filming this month in Boston, the Spielberg’s produced Haunted, has been shut down by Dreamworks and won’t be filmed soon as the director is now off the project. However, “the studio plans to continue developing Haunted based on the original screenplay by the Hayes brothers.” Let’s hope Rose will still be attached to the project when a new director will be found.

THE HOLLYWOOD REPORTER – DreamWorks has pulled the plug on Haunted, an under-the-radar movie that was just weeks away from beginning filming. Steven Spielberg and others involved with the project, a ghost tale said to have been inspired by Henry James 1898 The Turn of the Screw, were deeply displeased with a total rewrite of the script by director Juan Carlos Fresnadillo and Scott Z. Burns (Contagion). DreamWorks is said to have sunk about $5 million into preparing the film, which had a budget of about $17 million.

The film had been greenlighted based on a script by Chad and Carey Hayes (The Conjuring) and Rose Leslie, who played the wilding Ygritte on Game of Thrones, was recently cast to star. Producing were Scott Bernstein and Roy Lee.

But Fresnadillo, collaborating with Burns, turned in a revision that made dramatic changes — including the title, the characters and the action — so as to render the project unrecognizable, according to sources.

There had been some concern about the choice of Fresnadillo, the Spanish director who most recently directed the pilot Falling Water, which has been picked up by USA Network. His best-known film is 2007’s 28 Weeks Later, which grossed $64.2 million worldwide. But a source says that was only after executive producers Danny Boyle and Alex Garland became extensively involved. Still, Spielberg felt that the director had the skills for the project.

The project, which was to shoot under the DreamWorks label, would have been one of the first new projects to move forward since DreamWorks, Amblin and Participant formed the new Amblin Partners late last year, and Dreamworks, after distributing its movies through Disney since 2008, struck a new distribution deal with Universal.

While Fresnadillo is now off the project, the studio hopes to continue to develop it based on the original Hayes brothers’ script.

As Sticky Notes will soon be screened at two festivals in the US, two new stills have been releaved :

Good news: Sticky Notes will be having its US premiere at the 2016 Calabasas Film Festival on September 22th, and a new poster of the movie has been released! Reminder that Sticky Notes has also been set for the sixth annual Napa Valley Film Festival during Nov. 9-13. 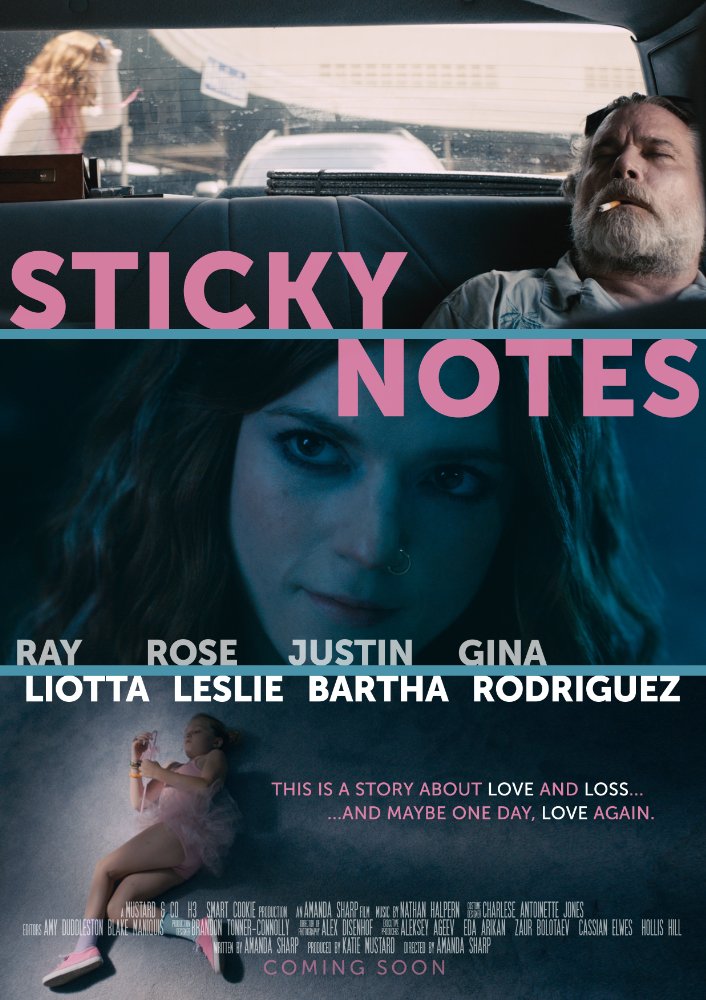 
Filming of "The Time Traveler's Wife"