Rose is the cover star of Make Magazine latest issue in which she discusses her next projects Death on The Nile (which has been delayed to December 18th, 2020) and Vigil (currently filming in Scotland)… and also reveals through a breathtaking photoshoot that she is expecting her first child with husband Kit Harington ! Congratulations to both of them ♥

Scans of the magazine and HQ pictures of the photoshoot (made by an all-women team) have been added to the gallery.

You can also read Rose’s interview on Make Magazine’s website here or just below :

MAKE MAGAZINE – Not many people can pull off a Stella McCartney floor-length silk frock and a fashion shoot when expecting a baby but Rose Leslie shows no sign of fatigue. Laughing with the crew during makeup prep, swapping lockdown stories and nodding with her gorgeous grin when everyone agrees that her Good Fight co-star Christine Baranski is utterly brilliant.

Downing cups of tea, Rose is radiantly happy and excited, clearly loving the experience. It’s Rose’s first shoot in the UK for four years. She’s been away living in New York while filming the hit spin-off from the equally brilliant The Good Wife for most of the time. That, and Rose has been decidedly low-key since her marriage to Kit Harington in 2018.

END_OF_DOCUMENT_TOKEN_TO_BE_REPLACED

Entertainment Weekly’s new issue features an article about The Good Fight’s upcoming season ; scans from the magazine as well as a new still of Rose as Maia Rindell can be found in the gallery. Here’s what is said about Rose’s character and Roland Blum, played by Michael Sheen :

Blum “is like a cancer”, says Michelle King, and his first victim – or perhaps we should say “acolyte” – is Maia Rindell (Rose Leslie), who’s feeling underappreciated at work. “He takes her under his wing, kind of against her will”, says Sheen. Maia, says Leslie, “is in awe of the way Roland Blum operates. He’s devious and corrupt, and Maia feels that may be the path for her. She’s tackling some big moral issues inside her head.”

The Good Fight Season 2 will premiere in the The UK next Thursday on More4, and a short article is dedicated to the show and Rose in the latest issue of ‘TV & Satellite Week’. You can read it below and find the scans in the gallery.

Most actresses would feel slightly miffed if their character was killed off from the biggest show on television. But you won’t find Rose Leslie complaining. The 31-year-old, who left Game of Thrones in 2014 when her wildling warrior Ygritte took an arrow through the heart, has never been short of work, and the Scottish actress returns to our screens this week in the second season of The Good Fight.

The spin-off from The Good Wife focuses on young lawyer Maia Rindell, played by Leslie, who we first met starting work at a large Chicago firm, Lockhard & Lee, alongside her mentor and godmother Diane Lockhard (Christine Baranski). However, it emerged that Maia’s father Henry (Paul Guilfoyle) was behind a Ponzi scheme that robbed hundreds of thousands of people – including Diane – of their life savings. The scandal forced Maia and Diane out of Lockhart & Lee to join a rival law firm. However, with the furore refusing to go away, the series one finale saw Maia arrested for helping cover up the scheme. As the new season opens, we find Maia due to face trial, and wearing an electronic tag, having already spent some time behind bars. However, Leslie believes that the ordeal has had a positive effect on her character. ’There is a strenghtening to her, and we see that reflected in her body langage. She isn’t taking any nonsense this time around.’

Other storylines see Diane beginning to rebuild her marriage to Kurt (Gary Cole) after they nearly divorced in season one. Meanwhile, the Chicago lawyers become worried when a client at another firm kills his lawyer for overcharging, sparking a copycat murder that sets everyone on edge. Since getting her big break as housemaid Gwen in Downton Abbey, Leslie has since appeared in BBC1’s Luther and C4’s cult hit Utopia. But she admits most people still associate her with Game of Thrones, especially as she is now engaged to Kit Harington, who played her on-screen lover Jon Snow.

’It was a great experience, but I think it’s important to change and not be associated with your character too much,’ she smiles. ’But I adored my time on that show. I loved wearing Ygritte’s armour and having a bow and arrow, and just being dirty and grubby. But I’ve been given some beautiful pieces to wear in The Good Fight. Maia has the most incredible wardrobe. I had the most beautiful Alexander McQueen two-piece and a Helmut Lang overcoat. So I’ve had a lot of fun in being able to wear clothes I would never have the change to in real life.’

It was announced last month that Rose would be on the cover of the January/February 2018 Issue of CBS’ Watch! Magazine. Many gorgeous pictures have been released to keep us waiting and today the issue is finally out ! You can find all the scans of the issue featuring Rose and read her interview in the gallery :

Two behind-the-scenes videos have also been released, one where Style Director Sasha Charnin Morrison shared how she dressed Rose, and an interview of Rose on set of the photoshoot:

Promotion for ‘The Good Fight’ Season 2 – out next March – has started, and Rose is featured in Town & Country USA February 2018 issue ! High quality scans with stunning photos and a short article can be found in the gallery.

Edit : The original pictures in high quality have been added to the gallery.

Two months ago Rose was photographed at the Vanity Fair & Asprey portrait studio during The Olivier Awards 2017. A behind the scene picture of Rose in the studio was published, and now photos from this session have finally been released in the latest issue of Vanity Fair UK. I have added the page on which Rose is featured as well as her portrait in the gallery (sadly in low quality for now). 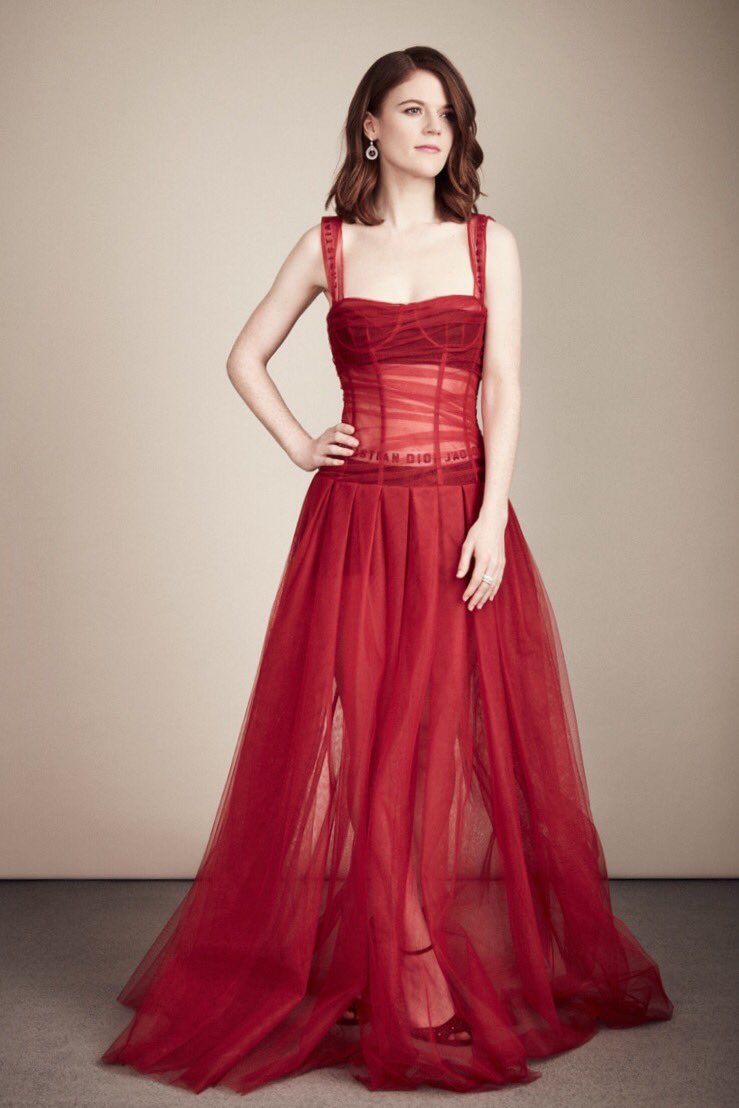 Rose emptied her bag for US Weekly (27/02/2017 issue) to show some of the things she carries with her (among them, tangerines and a silver penguin key chain her boyfriend bought her), click on the picture below to read the HQ version in the gallery : 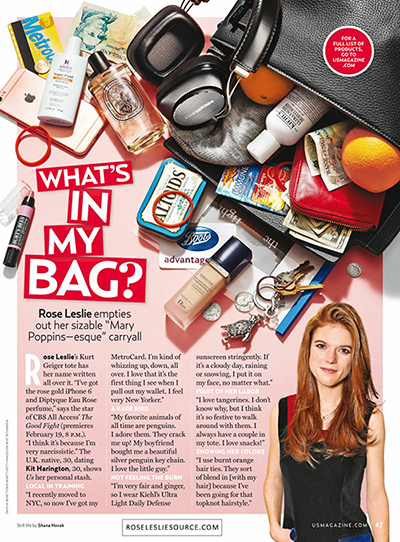 
Filming of "The Time Traveler's Wife" in NYC

Gorgeous portraits of Rose as Maia Rindell in @the

❤️ The Game of Thrones cast at San Diego Comic