Unly 5 days left until Rose is back on our screens in BBC drama « Vigil » ! Rose sadly isn’t able to promote the show with the rest of the cast as she’s still in New York filming HBO’s « The Time Traveler’s Wife », but a short interview of her is featured in the latest issue of Radio Times Magazine (scans available in the gallery here). A new still and promotional picture featuring Rose as DS Kirsten Longacre and Suranne Jones as DCI Amy Silva have also been released, enjoy !

What appealed to you about Vigil?
« The fact that it was a BBC drama. Sunday-night dramas were a staple of our household, and they were a big part of my teenage years, so that was a massive pull. The other big factor was Suranne Jones. »

She told me you two became great friends…
« When I came back to filming in August last year, I was six months pregnant — and she gave me such wonderful tips, so we very much bonded over motherhood. I’ve got all the time in the world for Suranne. »

Do you enjoy watching murder mysteries and police dramas?
« I love procedurals and my favourite television programme is Luther. Now being part of one is very, very cool. I think Vigil is going to be a gripping television series that people can get behind. »

You’re associated with a lot of long-running dramas such as Downton Abbey and Game of Thrones. Is there a difference in how you approach a series like Vigil that has only six episodes?
« In my head there is an end point, and there’s a satisfaction in playing a character where you have a finite amount of time to play her and to make sure that all of the tics that she has are established on screen and embed who she is as a person. It’s wonderful to have a shorter lifespan for a character. I find it more satisfactory. »

How much did the fact you grew up in Scotland help in nailing the accent, too?
« I think it gave me a head start. I definitely had a Scottish accent when I was younger. My family and I moved to France when I was about ten, but I kind of tapped into what I remember from all those years ago. »

Was there a particular moment during filming Vigil that stands out?
« We were in a quarry in the middle of nowhere in the beautiful Scottish landscape. The vastness was out there in front of you, and I was feeling very queasy because I was about eight months pregnant. And just before I had to film my scene, I had to run behind a bush to be sick. So I kept apologising to the hair and make-up people whenever they came anywhere near me because of my breath! » 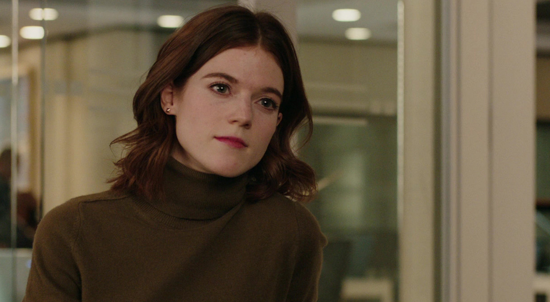 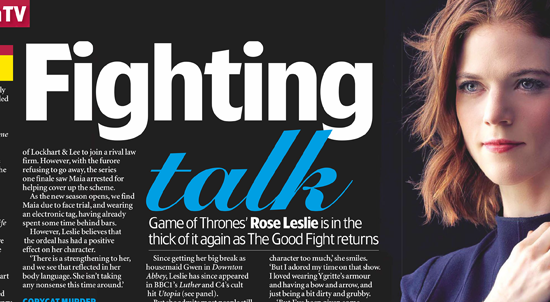