Interviewed at the end of September by French magazine « TV Magazine » about Death on the Nile, Rose was also asked a couple of questions about « The Good Fight » which she starred in for 3 seasons from 2017 to 2019. As the third season will premiere on French TV channel « Téva » on November 22nd, they shared what she had to say about the show.

French fans can read the original interview by clicking here ; for the others, I have tried to translate the interview as best as I could :).

Note : they mentioned that Death on the Nile will be released in theatres in early 2021. While the movie has indeed been delayed, no new release date has been announced for now.

INTERVIEW – The wilding from Game of Thrones, wife of Jon Snow – Kit Harington in real life -, is one of the heroines of The Good Fight – a spinoff series of The Good Wife – whose season 3 (2019) premieres on November 22 on Téva.

Michelle and Robert King, writers of the great legal TV show The Good Wife, created a spin-off in 2017 which is also a sequel. Without Julianna Margulies, but with the impeccable Christine Baranski – Diane Lockhart and her chic outfits in the most perfect bad taste. The Kings thus continue to shed light on the machinery of American justice and politics, while sticking to the news, in an increasingly satirical and resolutely anti-Trump spirit. In the third season of this fiction carried by strong female characters, young lawyer Maia Rindell (Rose Leslie) takes off by collaborating with an old barrister, a shrewd old fox, played by Michael Sheen (Masters of Sex, Good Omens ) … Interviewed at the end of September by TV Magazine about Death on the Nile, a new adaptation of Agatha Christie by Kenneth Brannagh, in theaters in early 2021, the British actress spoke enthusiastically about the significance of The Good Fight (at 8:55 pm on Téva), which she left at the end of this season.

TV MAGAZINE. – What seemed most important to you in The Good Fight? Feminism? The engagement against Donald Trump? The defense of the black community?

A bit of all of that, I think. The Good Fight, in the most brilliant way, tends to hold a mirror to America, its political landscape, the way it is made. The show takes real politicians into account and as a point of honor it recalls the truth with relevance. Michelle and Robert King managed to take a bold stand. I am proud to have been part of a project that had the courage to tackle current events, day after day, taking place in Congress, on Capitol Hill, with the passing of laws in progress…

Did you feel like you were carrying a message?

No, because what I liked the most, really, was the way it was presented. The writers told the truth to allow viewers to make up their own minds. The message was not « You should be a Democrat » or « You should be a Republican ». The goal was not to change people, but rather to tell them, « Here are the facts ». These were offered in the form of entertainment in the hope that it would help the public to become informed, to ask the right questions and to create a healthy debate. 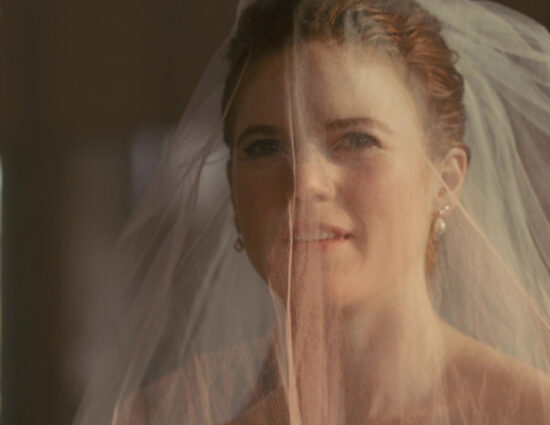