Exciting news ! It has been announced that Rose will play a lead role in a new political thriller alongside Suranne Jones on BBC One. “Vigil” (working title), from the makers of Line of Duty and Bodyguard, centres around a death on board a Trident nuclear submarine. Production will start soon in Scotland ! Read the full statement released by the BBC below :

Written and created by Bafta-nominated writer Tom Edge (Judy, The Crown, Strike) with episodes by Ed Macdonald (The End Of The F***ing World) and Chandni Lakhani (Dublin Murders). The fictional drama will be directed by Bafta-winner James Strong (Broadchurch, Vanity Fair, Liar) and Isabelle Sieb (Shetland, The Athena).

The mysterious disappearance of a Scottish fishing trawler and a death on-board a Trident nuclear submarine bring the police into conflict with the Navy and British security services. DCI Amy Silva (Suranne Jones) leads an investigation on land and at sea into a conspiracy that threatens the very heart of Britain’s nuclear deterrent.

Suranne Jones says: “Tom Edge has created a thrill of a story, set in a world I knew nothing about. The cast and crew World Productions have put together to tell this story is so exciting. Amy Silva is a brilliantly complex character, thrown into a highly charged situation where her authority is weakened. We watch as she navigates her own personal trauma and loss, all at a time when she’s questioning her relationships and life choices. It feels fresh and relevant and I can’t wait to start filming.”

Rose Leslie says: “I was weaned on BBC drama and it is thrilling to be back working at a place that feels like home with Tom Edge’s complex and gripping script. It will be a real honour to work with Suranne and I am looking forward to be filming back in Scotland.“

Writer Tom Edge adds: “I’m completely thrilled to be making this series with the talented people at World Productions and BBC Drama. The ‘Continuous At Sea Deterrent’, better known as ‘Trident’, has been a contentious part of national life for half a century now, a stock of nuclear missiles kept hundreds of feet below the sea surface. But this world has rarely been explored on screen. I can’t wait to take a BBC One audience down with us, into the pitch-black icy waters of the unseen Atlantic, where tomorrow’s geopolitical struggles are already being played out.”

Piers Wenger, Controller of BBC Drama, says, “Vigil is a fantastic, adrenalised thriller set in a shadowy world which has stakes for us all. We are delighted to be working again with World Productions and the exceptionally talented writer, Tom Edge to bring this exciting story to BBC One with an outstanding cast led by Suranne Jones.”

Simon Heath, CEO and Creative Director, World Productions says, “We’re thrilled that the first drama out of our Scottish office is such a timely and gripping idea, brilliantly executed by Tom Edge. We couldn’t ask for a stronger cast, led by the brilliant Suranne Jones and Rose Leslie.”

Vigil (w/t) will be executive produced by Simon Heath (Line Of Duty, Save Me, Bodyguard) for World Productions and Gaynor Holmes for the BBC.

The 6×60’ fictional drama series will be set and filmed in Scotland and is supported by the National Lottery through Screen Scotland. International distribution will be handled by ITV Studios. 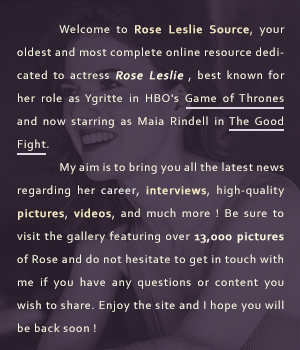 
Filming of "Vigil" in Scotland


Release of "Death on The Nile"


"Vigil" Season Premiere on BBC One