Ahead of Game of Thrones’ final season, Entertainment Weekly asked Rose to look back on filming the cave scene with Kit Harington and Ygritte’s famous catchphrase. Here are the lovely things she had to say :

ENTERTAINMENT WEEKLY – Before Rose Leslie married her Game of Thrones costar Kit Harington, they were just Ygritte and Jon Snow. The pair connected on the HBO fantasy drama and, through their performances, proved their chemistry extended beyond the screen. In the lead-up to the final season of Thrones (premiering April 14), Leslie looks back at one of her steamiest moments with Harington — and the phrase she can’t bring herself to say to her husband.

ROSE LESLIE: I remember that scene took a day and it was a closed set, so only the amount of people who were essential to the filming were allowed to be present. It was such a moment for the two lovers to finally come together, and the promiscuous side of Ygritte was wanting to teach Jon Snow a few things. There was a lot of fun to be had in terms of her demeanor and the way she held herself. I remember enjoying this side of her. She was a lot of talk, but she ended up walking the walk. I felt very safe, and I remember enjoying that day just because it was a different element for both of those characters. And then we also got to jump into some hot water, so that’s always fun. We were pretty open to the elements, and being able to jump into the water, that was rather enjoyable.

[Harington] was, as ever, a gentleman, and he made sure that I was comfortable where he was going to be positioned, and he would always then turn around when they called cut and the lovely wardrobe dailies would come in with a dressing gown, and then I would be covered. And only then would notes be spoken to us from the director. But he was very considerate and made sure as much as possible that I didn’t feel awkward standing in front of people with your tits out. So it’s never going to be an enjoyable day, it’s always going to be an awkward one, but he and the rest of the crew were incredibly considerate, and it’s a conversation that we most certainly had in terms of where the boundaries lay.

A lot has been reported on how Leslie now feels about her Ygritte catchphrase, “You know nothing, Jon Snow.”

LESLIE: About the line, truly, I feel incredibly privileged to have a catchphrase whereby, especially for the last few years, it’s been around me. How lucky for any actor to walk away from a television show and have a catchphrase, but I’m sure many people find it the most irritating thing in the world, but there are still some people who find it fairly endearing. I think between he and I, no, we never say it to one another for obvious reasons — and not just ’cause it’s corny. We came across a mug with the catchphrase on as we were doing our Christmas shopping the other month. It’s such a phenomenon, though. 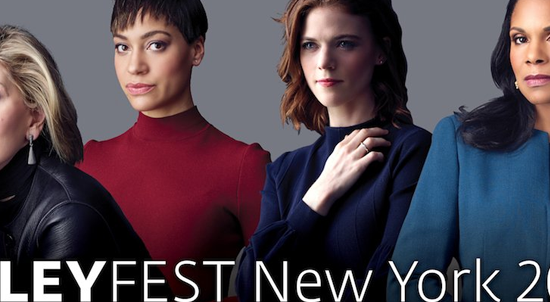 Rose for « The Picture Journal »