THE HOLLYWOOD REPORTER — Like its predecessor The Good Wife, spinoff The Good Fight will and has been heavily affected by the current political climate, with its characters tackling some of the same issues the government’s addressing. But beyond the Trump administration, the phenomenon behind one of the president’s favorite phrases, « fake news, » will also factor into the legal drama, star Rose Leslie teased at The Good Fight premiere in New York earlier this week.

« There are some falsehoods being spread on the Internet about Maia that are jeopardizing her profession and her reputation, » Leslie said. « That is scary to see how something can just grow, spread like wildfire, in terms of reliable sources that begin to believe something that isn’t true. We see the danger in entering a world whereby truth is no longer relevant. »

To understand Maia and Diane’s backstory, Leslie told THR that she and Baranski spent an evening together talking about the relationship between their characters and « built it backwards. »

« It was more breaking down the character and how long she’d been in my life. If she’s a godmother than that’s presumably from the beginning. And we realize that she was a mentor for Maia and someone who was that strong foundation, a rock, in terms of a moral compass, » Leslie said. « So, yeah, Diane is integral to Maia’s happiness and realization that you need to stay true to what you believe in. » (source) 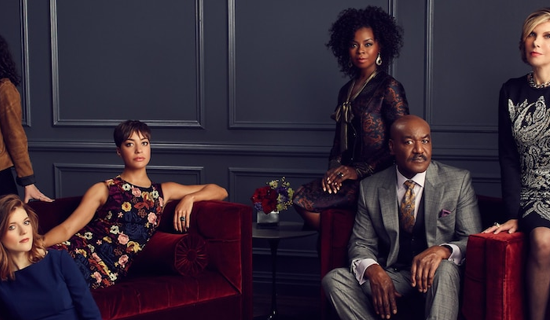 Leslie Up For The Fight