COMING SOON – CBS All Access, the CBS Television Network’s digital subscription video on-demand and live streaming service, today announced its first original drama series, The Good Fight, will premiere on Sunday, Feb.19. The Good Fight premiere will be available on-demand on CBS All Access beginning at 8:00 PM ET. In addition, a special broadcast preview of the premiere will air on the CBS Television Network that same night, Sunday, Feb.19 at 8:00-9:00 PM, ET/PT. After premiere night, all new episodes will be available weekly on Sundays exclusively for CBS All Access subscribers.

“CBS All Access has built tremendous momentum in the past year – passing one million subscribers, launching our first original with ‘Big Brother: Over the Top’ and, most recently, bringing live ‘NFL on CBS’ programming to the service,” said Marc DeBevoise, President and Chief Operating Officer, CBS Interactive. “We’re continuing this momentum with the upcoming launch of ‘The Good Fight’ which promises to not only deliver more ambitious premium programming for our subscribers but an opportunity for world-class creators like Robert and Michelle King to push the envelope in new ways.”

The Good Fight picks up one year after the events of the final broadcast episode of The Good Wife. In the new series, an enormous financial scam has destroyed the reputation of a young lawyer, Maia Rindell, while simultaneously wiping out her mentor and godmother Diane Lockhart’s savings. Forced out of Lockhart & Lee, they join Lucca Quinn at one of Chicago’s pre-eminent law firms. 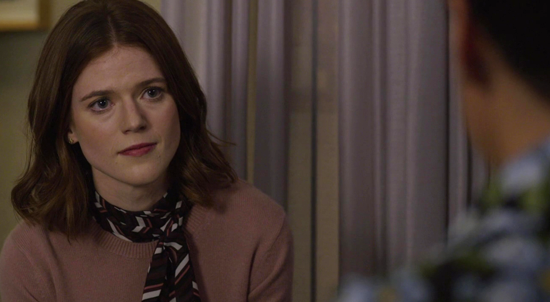 Rose to present at The Olivier Awards