A new gorgeous photoshoot of Rose has been released by The Picture Journal, with a behind-the-scenes video :

They also published a short interview of her :

What subject or idea has your perspective shifted or expanded the most from because of a film? It doesn’t have to be one you worked on.
Cosmos: A Spacetime Odyssey. My perspective on our universe and planet has shifted dramatically, I find it utterly compelling and fascinating.

From a fan perspective, what film, television show, or album did you anticipate the most or for the longest?
Bear’s Den’s newest album, Red Earth & Pouring Rain – I was longing for it to come out.

What natural phenomena do you find the most compelling or objectively beautiful?
I was fortunate enough to watch the Northern Lights once, the sheer beauty and bewitching power that they held over all of us witnessing it will stay with me forever.

What is a game that you are hopelessly unskilled at but love anyway?
Playing Wink Murder around a table with friends. I’m still trying to master actual winking rather than constantly blinking at someone when I’m trying to kill them!

If you had to pick another given name for yourself, which would you choose?
I’ve always loved the name Theo.

What is the best or worst question you’ve been asked in an audition?
Best Question Ever – “Would you be happy to take scuba diving lessons?”

Is there anything you wish you didn’t know?
Being told the ending of Breaking Bad before I’d watched it myself!

If you could pick any film from history to work on as a crew member – what film and position would you go with?
Any position on the crew of the film Gladiator.

How did you get your first scar?
Riding my bicycle as a kid and flying over the handlebars! I have a scar on my forehead that I’m very proud of.

One of your upcoming projects, Morgan, centers around a young girl raised in a laboratory with super-human capabilities. What scientific study have you found the most interesting to learn more about? Even if it was an unethical study.
Recreating George’s Marvellous Medicine when I was younger with my brothers and sisters. I didn’t learn a lot but it was one of my favourite days ever.

What is one thing you would change about being an actor?
Loneliness on location. (source) 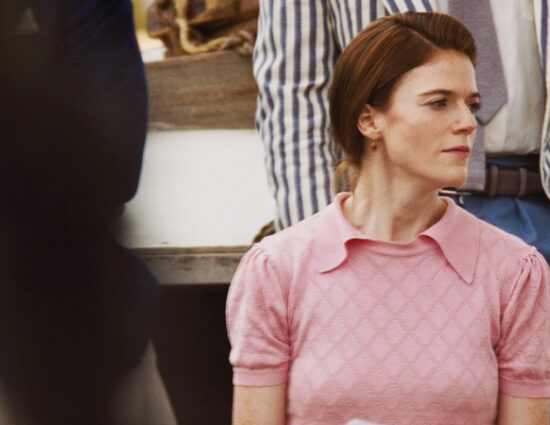 ‘Death On The Nile’ Screen Captures