A new lovely still of Rose in Morgan has been released, as well as a short interview in which she talks about her character, psychoanalist Amy :

In the gripping, fast-paced action “Morgan” directed by Luke Scott, Kate Mara along with Rose Leslie and Michelle Yeoh star in a a thrilling, visceral and intense movie-going experience that explores the dangers of reproducing a human being far more advance than its creators.

In “Morgan,” Rose Leslie plays psychoanalyst Amy who also has a strong connection to Morgan, though her love for it, is “narcissistic, because Amy is mirroring who she is onto Morgan,” explains Rose Leslie, who portrays Amy. “It’s a scary, double-edged sword in the way she loves Morgan because Amy sees herself in Morgan. Amy truly believes she’s embodying Morgan with a soul. For Amy, it’s all about possessiveness.”

The judgment of all the team members has been affected not only by their attachment to their experiment, but by their isolation from the outside world. “They’ve all been in this bubble for five years, so their sense of reality is diminished,” says Leslie. “They spend almost all their time watching Morgan, as if she were in this exotic fishbowl.” (source) 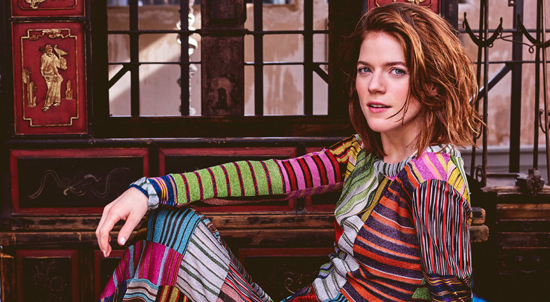 Filming of "The Time Traveler's Wife" in NYC


"Vigil" Premiere on BBC One